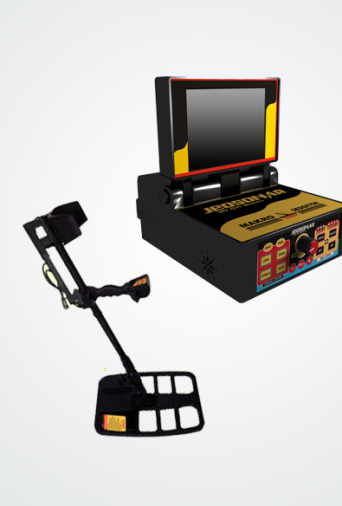 Jeo sonar 3D 2012 system-dimensional double-trio, the most advanced detector system, it is characterized by identifying feature free spaces and minerals under the land and has been manufacturing this device the most advanced technology. jeo sonar 3D dual system of class D triad detectors deep research distinguishes four categories of minerals beneath the earth’s gold and valuable metals and non-value steel. And provides a device for using all information on the screen in three dimensions. As for the caves, warehouses, tunnels, earth shelters and tombs reveal his property underground spaces as well as to identify and assess the analytical report on the minerals underground. jeo sonar 3D system can double-trio-dimensional design drawing graphic reference triad dimensions of the objectives that have been detected under the earth, which is among the most advanced visual systems.

jeo sonar dual system triad-dimensional and multi-functional search feature allows users to search easily in all types of soil in areas with high density of many metals. And the search screen is designed to use the device helps to easily search for all professional users and novices, and those of the most basic device characteristics that distinguish it from other detectors.
Feature of the device to distinguish between metals and the search for depth and high accuracy as well as the system can jeo sonar 3D double triad Dimensions
Determine the depth of goal setting in a report on the screen, whether that was metal, large or small cave or underground in length. jeo sonar 3D system equipped with three-dimensional triad tablets different land search functions.

When you purchase the dual system jeo sonar 3D triad dimensions. Will you do a search in the depths that have not discovered one of the before and you will get to treasures that are not up to it by the grace of a disk researcher deep dimensions of 60 * 100 cm to penetrate the depths of 16 meters and is intended for the minerals that lasts a long time underground. The disk researcher public dimensions 36 * 44 cm, which penetrates to the depths of 8 meters, and the small dimensions of the disk Researcher 21 * 31.5 cm, which penetrates to a depth of 4 meters

The relationship between the signal and the shape : Had been provided with the product jeosonar the most advanced technology and the Department(Oscilloscope cathode) on the screens provides the user information on a target in a transfer target signals to ground-based graphs. Thanks to this feature facilitates the user to specify the target and keep him under the ground prior to the drilling process. The series system jeo sonnar for 2009 – 2010 – 2011 – 2012 has the features are very important to just do not get in any program thanks to the last detector that determines the relationship between form and short of the target signal. You will find all of these features in a series of detectors system 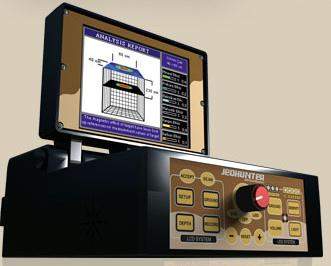 Jeo sonar shining system
Jeo sonar 3D dual system triad dimensions has a great system and the system LED (light-emitting diode) is a practical and easy to use. It will enable you to search quickly and effectively in the areas that you can not search Ka walls and cliffs and the search for coins and Research on the surfaces thanks to the head of public research and large in the system LED (diode light-emitting) with specific reference spaces, land located in the left side and signals of metals in the right-side panel of the LED (light-emitting diode) on the handle of the hand. And allows the user to distinguish comfortable everywhere thanks to the different tones of voice of the objectives of the Mineral and spaces outside the system of warning Shining